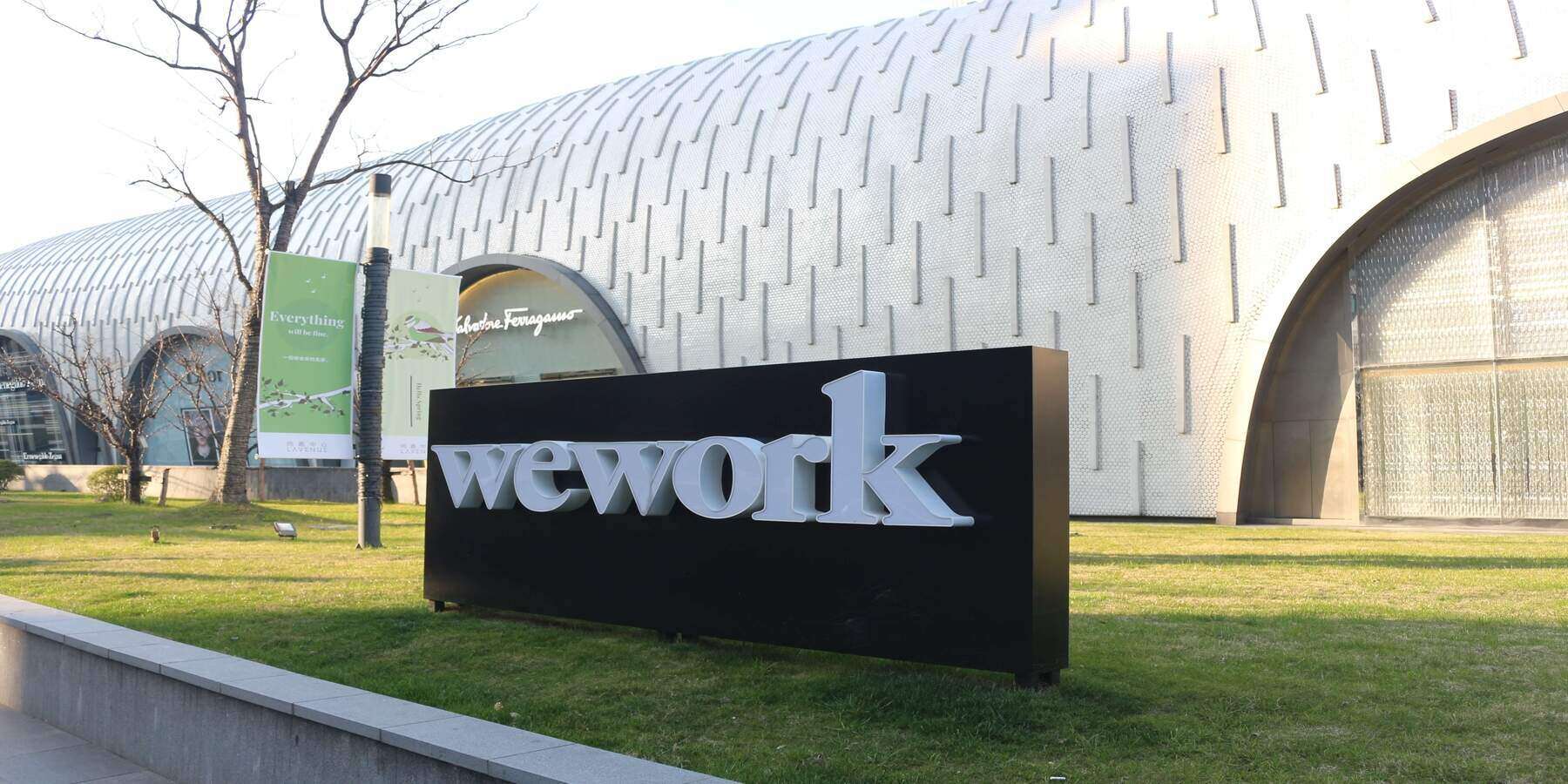 Analysis: The future for SPACs — How could SPACs be reworked?

Jump to heading Analysis: The future for SPACs — How could SPACs be reworked?

SPACs have reached a fork in the road. This quarter's SPAC IPOs are on track to generate around $2 billion from 18 registrants. If that projection is correct, the number of new listings would fall by 94 percent (from 299 to 18) from the record-breaking first quarter of 2021, and the value of SPAC IPOs will fall by 98 percent (from $98.3 billion to about $2 billion).

What's worse, in response to multiple complaints filed against SPACs, the SEC has announced tough new regulations that, if implemented, may essentially drive SPACs out of existence.

What might SPACs have done differently to prevent their present predicament—and, more importantly, what can they do now?

SPACs might offer a backup for companies that aren't quite fully prepared to go public, much like WeWork did.

A character in the film "X-Men: Days of Future Past" travels back in time to change someone's actions so that a disastrous catastrophe does not occur. However, changing SPACs in the past would have little effect on the present poor market climate afflicting the SPAC universe, both at the merger and acquisitions and initial public offering phases.

The reason for this is because the economic pressures are mostly macroeconomic in character and thus beyond the SPAC industry's influence or control. Inflation, increasing interest rates, the elimination of government Covid pandemic economic assistance, and geopolitical instability have all contributed to the worst beginning of a year for stocks in fifty years. The times are brutal for most equities.

However, certain new legislative safeguards that might serve to better align the interests of investors with SPAC sponsors are desperately needed. Even if enacted now, these measures might assist SPACs manage today's difficult regulatory climate under the Commission led by Gary Gensler and reemerge as a better sector when market circumstances recover.

As seen in the table above, the Securities and Exchange Commission and individual investors have about four primary concerns about SPACs. First of all, certain conflicts of interest might occur when the sponsors' and management's interests clash with those of other investors. Secondly, the fees and other expenses associated with SPAC transactions and advisory activities are costly yet often unclear. Thirdly, in comparison to sponsors and major investors, retail investors are given short regard. Finally, many de-SPAC merger agreements have serious concerns with due diligence, transparency, accuracy, and post-merger performance.

So, what is the next step for SPACs?

So, what is the next step for SPACs? Consider the following example of WeWork's disastrous first public offering and subsequent reinvention: It may demonstrate how SPACs might become better suited to handle those problems and surpass the higher bar that is anticipated to be imposed on them in the near future.

WeWork transitions from IPO to SPAC

Back in 2019, WeWork became the perfect example of start-ups which aren't prepared for the brutal scrutiny placed on would-be public reporting businesses during the IPO registration process.

The company's IPO was projected to be the second largest that year, raising over $47 billion. However, WeWork's IPO registration failed spectacularly due to six issues: (1) the company's unstable management, (2) insufficient corporate governance, (3) a doubtful business model, (4) conflicts of interest, (5) overstated value, and (6) too optimistic prospects. WeWork eventually withdrew its SEC filing for an IPO.

In October 2021, WeWork earned a warm welcome for its debut on the New York Stock Exchange, when it went public through a merger with a $9 billion SPAC called BowX Acquisition.

Although WeWork is still incurring losses, it has gotten extra funding and made significant adjustments, such as shutting offices and firing its CEO. This year, management currently anticipates generating positive free cash flow (cash remaining after paying operating costs and capital expenditures).

After tarnishing its image, the business was unable to obtain the billions it needed by resuming its typical IPO. Going public via a SPAC merger made sense for the firm and was maybe their only realistic alternative for entering the public markets.

WeWork, on the other hand, reworked its business strategy, strengthened its financial and corporate governance processes, and emerged as a public company. It is required to maintain its house in order as a public business and also has access to the public markets for future funding.

Present and future SPACs could also make it through these difficult times by addressing some of the accusations leveled against them. Here are some recommendable actions:

Enhance sponsor disclosures. SPACs should reveal the sponsor entity's makeup, which is often not made public. SPACs should also increase their transparency of charges and repayment of any funding, who will receive the funding, their position as affiliates (if relevant), and the total estimated cost of charges and payments during the SPAC's existence (from IPO until completion of the merger).

Better match the interests of the sponsor and the SPAC's investors. Is the overall projected pay of the SPAC sponsor appropriate in relation to the risk it is assuming and the expertise it is providing? Is shareholder dilution sufficiently considered? To further align interests, receipt of sponsor shares may be conditional on aggressive post-merger stock price objectives. Advisory fees provided to a sponsor might also be paid in shares rather than cash. An independent fairness assessment should be obtained for each proposed merger arrangement.

Apply the "bespeaks prudence" philosophy to de-SPAC forecasts. The SPAC sector should assume that the SEC will approve its proposed rule to repeal the PSLRA's safe harbor provision for SPACs. The clause allows SPACs to make forward-looking comments without fear of being sued for fraud if the assertions turn out to be false.

Although this seems to be a punitive step aimed at SPACs, there are still safeguards in place for SPACs that provide forecasts about the combined firm that investors desire and require. What matters is that SPACs and their counselors conduct deliberate due diligence, and that any forward-looking declarations in the prospectus for the de-SPAC are identified as such, created on a legitimate basis, and associated by cautionary statements recognising important factors that may cause the merged company's results to be substantially different.

Improve due diligence of the target to boost merger deal quality. Setting considerably better transaction requirements without outside aid is likely unachievable given the extremely strong incentives for sponsors to approve practically any kind of merger proposal, although enhancing due diligence is not. The SEC is aware of the pressures to close a transaction, which is why it wants to hold IPO underwriters accountable for de-SPAC financing: it wants underwriters to require SPACs to do more thorough due diligence and make more based deal estimates. Potential conflicts of interest must be disclosed.

In contrast to the typically bad performance of de-SPACed firms, at least 30 companies that went public through a de-SPAC were trading at moderate multiples as of last month. Although these de-SPACed firms operate in a range of industrial sectors, they all have several key characteristics: genuine cash flow, positive net income now or in the near future, a stock recommended by the majority of analysts, and a company that follows a proven business plan. It should be emphasized that around half of the de-SPAC transactions disclosed in May do not anticipate to be profitable this year.

Clarify relationships with investment banks. When an investment bank sponsors a SPAC, neither the IPO nor the de-SPAC transaction should be underwritten. The conflict of interest is both visible and evident. They should also not counsel both the target and the SPAC in a de-SPAC merger, yet they often do. If no such conflicts exist, it would be smart to utilize separate underwriters for the initial public offering and the de-SPAC to avoid falling short of the Securities and Exchange Commission.

Ascertain if the target is ready. Too many SPAC targets have failed to meet the very onerous and costly requirements imposed on public reporting corporations. In general, it takes roughly a year and a half for a private company to undertake all of the organizational, economic, and administrative adjustments required to prepare for a standard IPO.

As a result, it stands to reason that not all private firms are eager to shorten the process by becoming public through an already-public SPAC. WeWork spent two years just after its failed IPO to prepare to go public under the much simpler SPAC method. Due diligence on the target will reveal if it is ready to be in the limelight. Mature internal controls, the formation of requisite committees, and the disclosure and correction of major deficiencies are all required. The corporation should either remove or lessen conflicts of interest, or offer a transparent disclosure of an insider's competing economic interests. The target should have skilled accounting and legal people who will play critical roles in its internal controls and reporting function.

SPACs in the future

SPACs are a viable alternative to the standard initial public offering. Underwriters and leading legal and accounting firms have widely accepted the vehicle, and more than 1,000 SPAC IPOs have occurred since 2017.

The SPAC business should be able to weather the present economic problems and regulatory headwinds by improving disclosures, improving due diligence, and selecting public company-ready candidates.

(As of June 17, 2022, funds managed by Cohanzick Management, LLC and its affiliates do not own a position in Wework Inc.)